I PLAYED FIREWATCH AND I WINNED AT IT

This is a triumphant moment for me. Sure, I only put 17 hours into the game. Sure, I only finished like 60% of it. Sure, I spent the last 30 minutes of game play literally running as fast as I could because a)everything was on fire and b)I could smell I was close to finishing, but you gaiz, I DID IT. 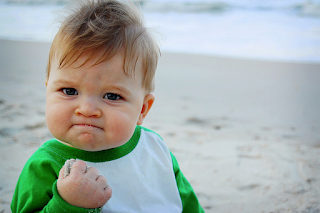 For real, the moment the credits popped up, I was like, holy shit! This is what this feels like! Achievement unlocked! 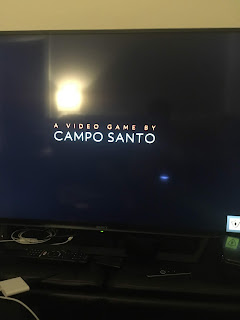 It also took me the entire 17 hours to figure out that Henry's voice over was done by that slob Harry Crane from 'Mad Men.'

So this was a formative experience:

These are all things that are second nature to you guys who basically used an XBone as a teething ring, but for the rest of us require a lot of eye-hand coordination that isn't the same as just, I dunno, throwing a ball (also hard haha) or walking and chewing gum at the same time (not sure if that's hard because I don't like multitasking hurr hurr hurr). I went online once to look something up when I got really badly stuck, and that kind of 'cheating' (since my SATs aren't involved I'm going to use that word very loosely) I discovered I like because it's more like researching and problem solving outside the scope of the game. 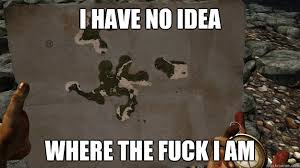 That isn't the Firewatch map, but you get the idea. I've got a ways to go with, uh, knowing what direction I'm going in a game, but this was actually really good practice for that too. I sense an entire post about game maps and how they read like fucking Sanskrit to me is in the works.

And, super plus bonus: by the end I was running partially because I was getting really agitated by the fire. The atmosphere was so dense and true that I was kinda having flashbacks. That sounds like a masochistic thing to enjoy, but what I more mean is I sincerely appreciate that it got to me like that. Travis and I both say: 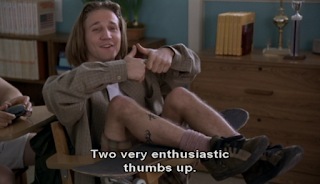 Posted by Andrea Adams at 10:55 PM No comments: 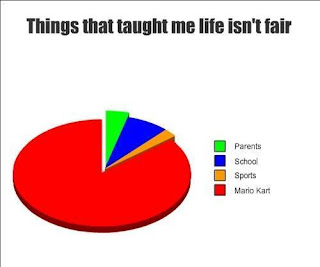 For years I drove a MINI Cooper S. British racing green, white stripes, handled like a mofo. Long before that I had a crappy little Mazda that I even pretended was a MINI. I wanted to be in The Italian Job, driving a MINI in a heist, dodging cops, slamming the gearshift and working the pedals while, I dunno, I drove it through the front door of a 7-11 and breezily snatched a bag of Cheetos as I careened through the store.

Enter Mario Kart. I never played racing games, nor did I ever go-kart or anything like that. Instead, I went straight from being an indifferent bicyclist as a kid to being a BANANAS driver. I drove my big assed truck like it was a MINI before I had the MINI. With the Coop I played dodg'em on the freeway every single time I got in the car. Woe betide anyone who got in my way while I was in the fast lane blasting Van Halen. And then I was introduced to Mario Kart and WAAGHGHGHAHGHGHQ#&#Q^@@@!!1!

There is something deeply rewarding about keeping that damned kart on the track. I'm yelling, I'm flinging the controller around in the air, I'm falling off the couch. Soaring through the air is equally satisfying, especially if I don't bounce off anything hard enough to hurl me into the abyss. And ramming into that smug bastard Donkey Kong is, like, beyond.

I realize there are tactics to this game but honestly I just bomb my way through it. I don't even remember half the time to throw a turtle shell, I miss most of the coins, and I more often than not skid right over a banana peel because zero fucks given.  And frankly I get the job done. It's kind of awesome and I kind of have Mario Kart pride at being able to work it like that.

I have the feeling that a lot of posts are going to start with "How the Shit [do I blah blah grr aghgh uhhh blarg]."

So I'm only RELATIVELY dexterous. I've totally worked on a really delicate part of a painting or drawing and dropped my paintbrush or pencil right in the middle of the piece and made a big dumb line right through whatever I'm painting or drawing. I've totally spilled stuff on stuff. I've totally let my wallet fall out of my hands into a fetid puddle of stank in the street. I've totally eaten shit on stairs in public. When it came time to build up my controller skills, I was a little hesitant. I knew it wasn't going to be like back in the day at the arcade smashing buttons on Centipede or conking the sticky joystick around on Pac-Man, where you're kind of grounded into the game. I think those of us who grew up pre-console have to kind of work a little harder at it unless you do it aaaaaaall the time.

I've spent some time asking the gods, then: how the shit do I make it do that thing? You know, that one thing it just did a second ago? Where I think I hit one button but maybe I was also hitting another button and shoving the left joystick over and wiggling the right joystick and, uh, alternating that with hitting another button? I have sincere respect for gamers who are so casually capable at manhandling a controller that they never have to look down. Like, EVER.

The more I practice, though, the less I'm muscling my way through and the more my own cognitive dexterity starts to kick in and drive the situation. Every time I realize I'm doing something because I remembered how to do it, or randomly tried it and it worked, it's a little victory. In fact, I'd say it's a bit thrilling, like hitting a line drive or putting an arrow into the ten ring for the first time. And then I MADE IT DO THAT THING. Hell YEAH I did!

Now I just have to do it a bajillion times more.


Posted by Andrea Adams at 6:30 PM No comments: 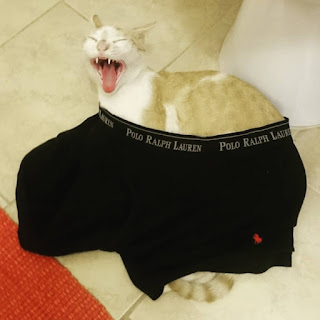 When I was young, nobody wanted to play games with me because I was a serious cheater. Like, a rule-inventor, a rule-breaker, an across-the-room-board-game-thrower, and an all-around bad sport. It's like I took out all my frustrations with the world in games. For a while the only game people wanted to play with me was Pictionary. I smoked everyone's asses so hard with how fast I could draw, so friends always wanted to be on my team. Don't even joke with me about Pictionary. One time my team won because I drew three lines and they instantly guessed the word 'jugular.'

Then there was a period of time where my brother and I would play Crystal Castles on the Amiga he built after school. We'd eat pizza and have friends over and it was a fun weekly middle school ritual that didn't involve getting hazed or humiliated, like most middle school rituals. That was a good time. That also tells you that I am an Olds (TM), so let's move on from that!

After a long period of time, I eased up on the whole silverback gorilla attitude I used to have about games. As someone who worked in film production for years, I always kind of thought games existed in a different world. Now, I've come to understand that games and film are like awesome first cousins who don't see each other all that often, but when they get together at Thanksgiving they're, like, "What is UP, bro?!" and then they help out in the kitchen and get stoned in the garage after dinner and sneak out to go drinking in the woods with the neighbor's kid, comics (They're friends on Facebook). And then they come back at like 2 am and eat the rest of the marshmallow sweet potatoes out of the fridge. Right? Awesome first cousins.

So once I figured that out, my head asploded. The world of games opened WAY up for me. The art, the stories, the challenges. Suffice it to say that now, when I talk to my students about games, I'll be all, like, "You guys, how the shit do you get past the second boss in Shadow of Colossus, because seriously I can't make that guy hang on AT ALL," and they'll be all, like, "ANDREA PLAYS SHADOW OF COLOSSUS!" And then I get a warm fuzzy feeling because I feel stimulated by creativity and embraced by community, kind of like how the cat in the photo above (my friend's cat Meowly Ringwald) clearly feels embraced by those underpants.

So I'm going to talk on this blawg about playing games from a bit of an unusual perspective. When I say 'How to succeed,' that's what success means to ME. It might mean that I make it through one frigging level of Mario without dying at all, or it might mean that I laugh out loud at a derpy joke in Witcher 3. It's going to be messy, trust me. But, you guys, I played Journey all the way through all by myself, so that's gotta count for something, right?
Posted by Andrea Adams at 5:38 PM 2 comments: